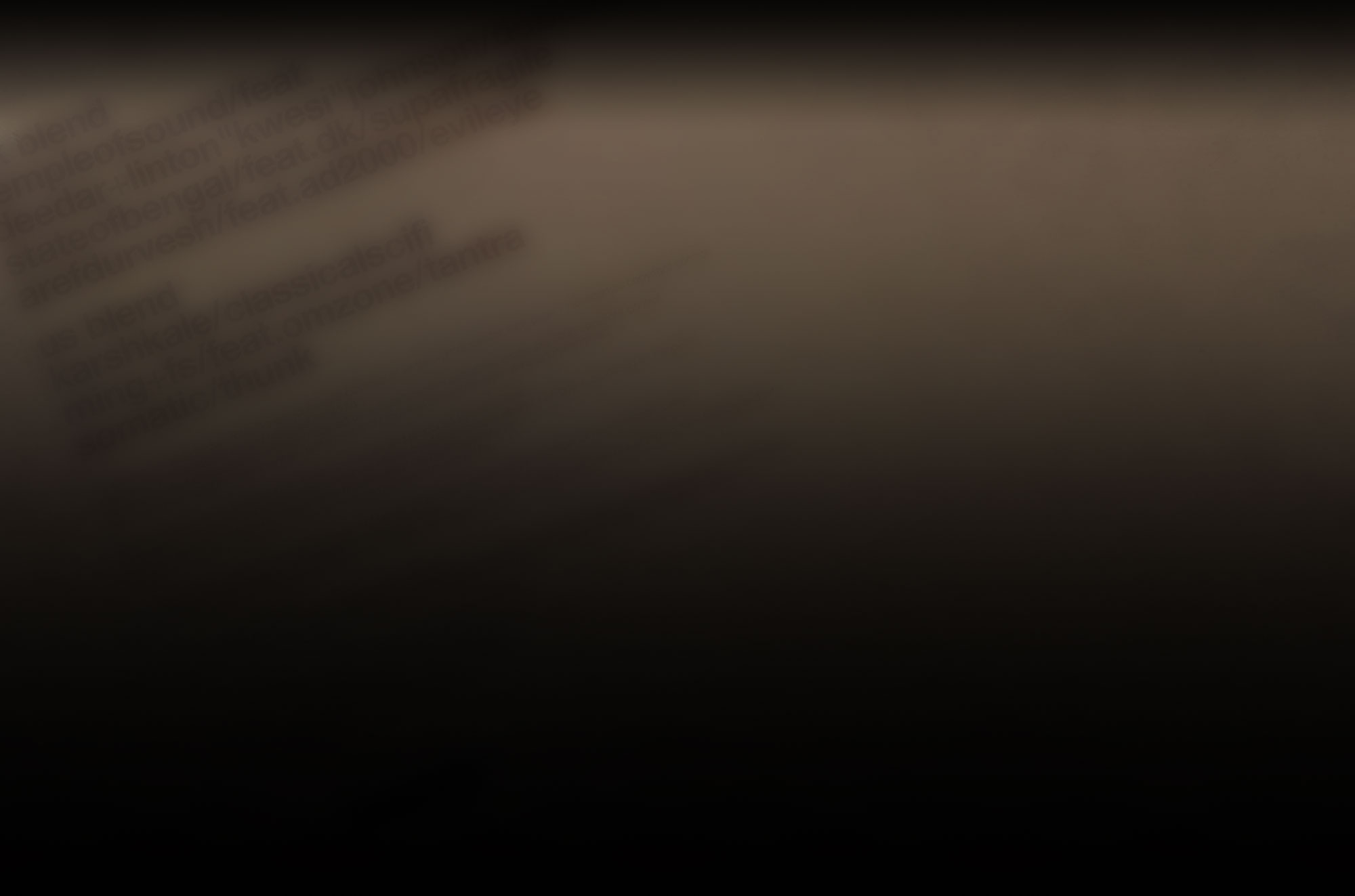 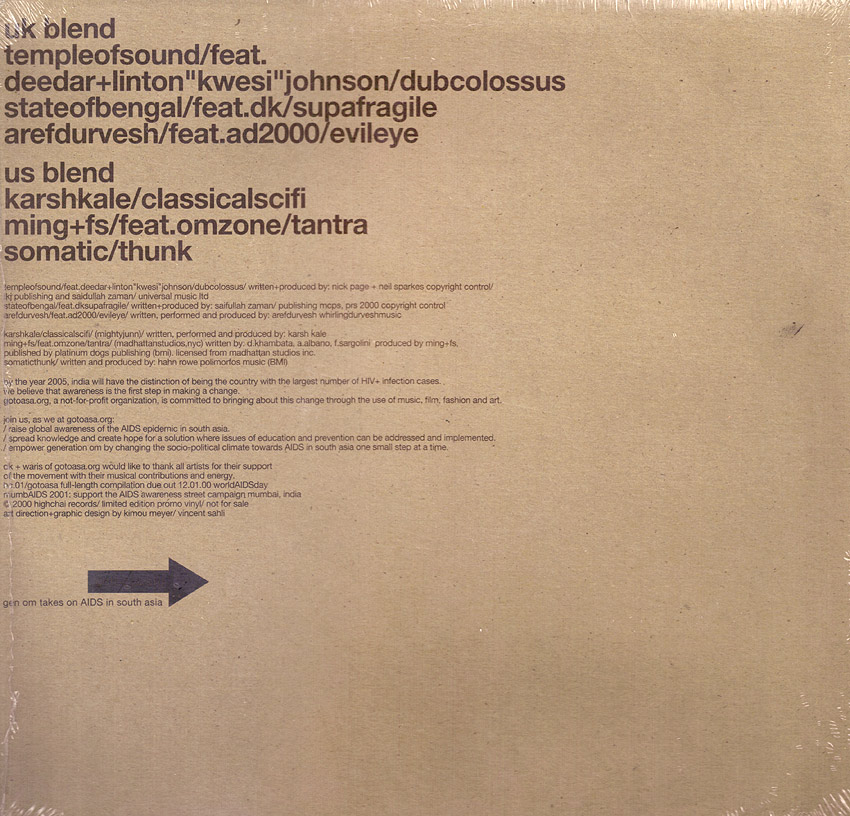 This High Chai Records 12″ sampler release in 2001 FOR PROMO ONLY LIMITED EDITION VINYL was GOTOASA.org’s (Gen Om Takes On AIDS in South Asia) calling card for the makeLOVEmakeWAR “awareness” campaign. GOTOASA.org’s musician/friends from the UK and US were called upon to join forces to wage war on the AIDS epidemic via track contributions from the likes of State Of Bengal, Temple Of Sound feat ADF frontman Deeder Zaman, Ming + FS, Marque “Innamost” Gilmore + Aref Durvesh (Tabla wizard/Nitin Sawhney), Karsh Kale, Somatic and many others.

The GOTOASA.org awareness campaign received much press via coverage on CNN, MTV-Asia, Zee-TV, ITV and more. DK and Waris were invited by UNDP’s Shashi Tharoor to participate in the Town Hall Meeting in 2001 and speak about their project alongside Nan Anaan, Blaine Trump, Danny Glover and moderator, Daljit Dhaliwal.